art out and about

September 20th, 2018 in daily life, Kathmandu Valley, Nepali art, What to do in Kathmandu

This post has been in my head for ages. A few years ago, some amazing pieces of street art started popping up all over the city. I never knew when I’d turn a corner and see a formerly bare wall now covered with an image that would make me think, wonder, or just feel grateful for the beauty. I have been taking pictures of them for years, spurred on when several pieces vanished after the walls or buildings they adorned got torn down. Today I took the photo below, on a side alley off Paknajol, behind Thamel, of a piece I was seeing for the first time.

The others were taken earlier this year; I’ll track down the older photos for a future post, but for now, enjoy. To the best of my knowledge all of these are still up and can be viewed at the location noted. 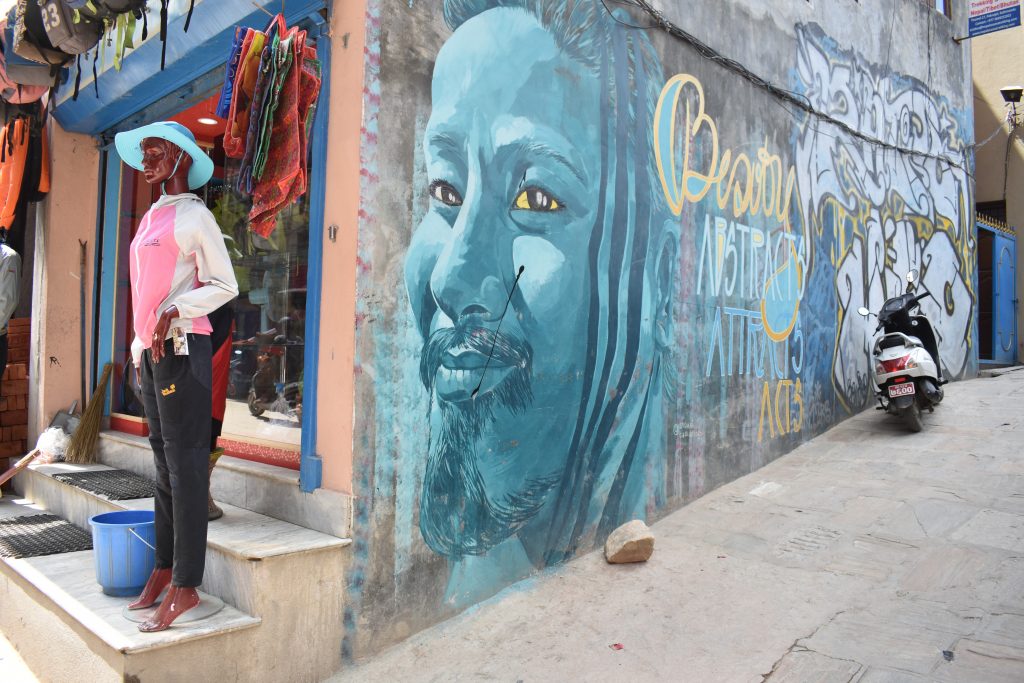 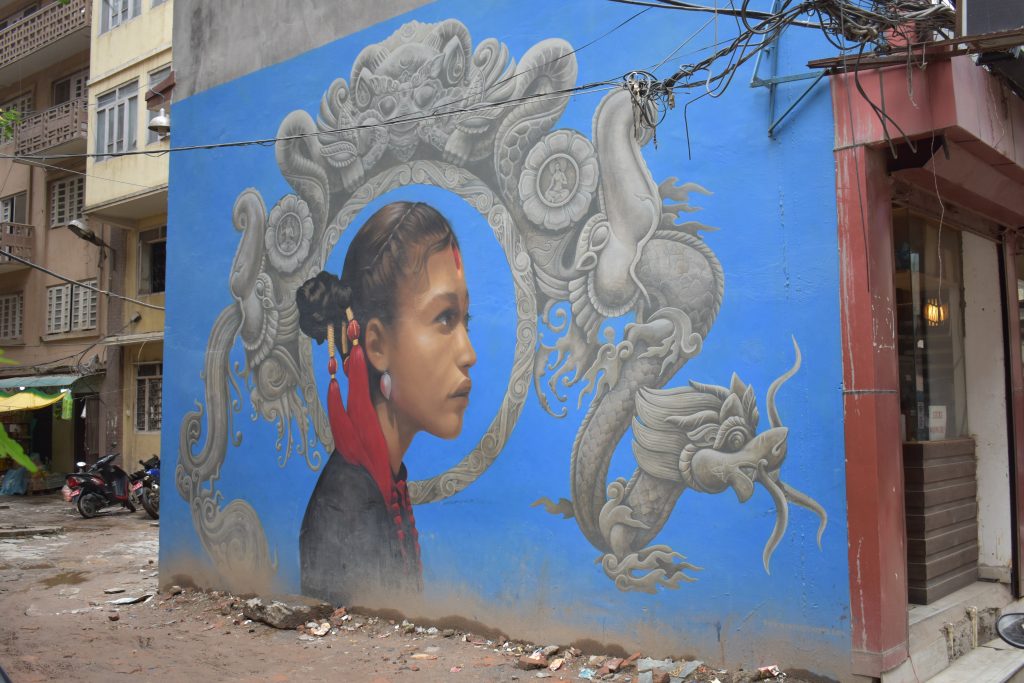 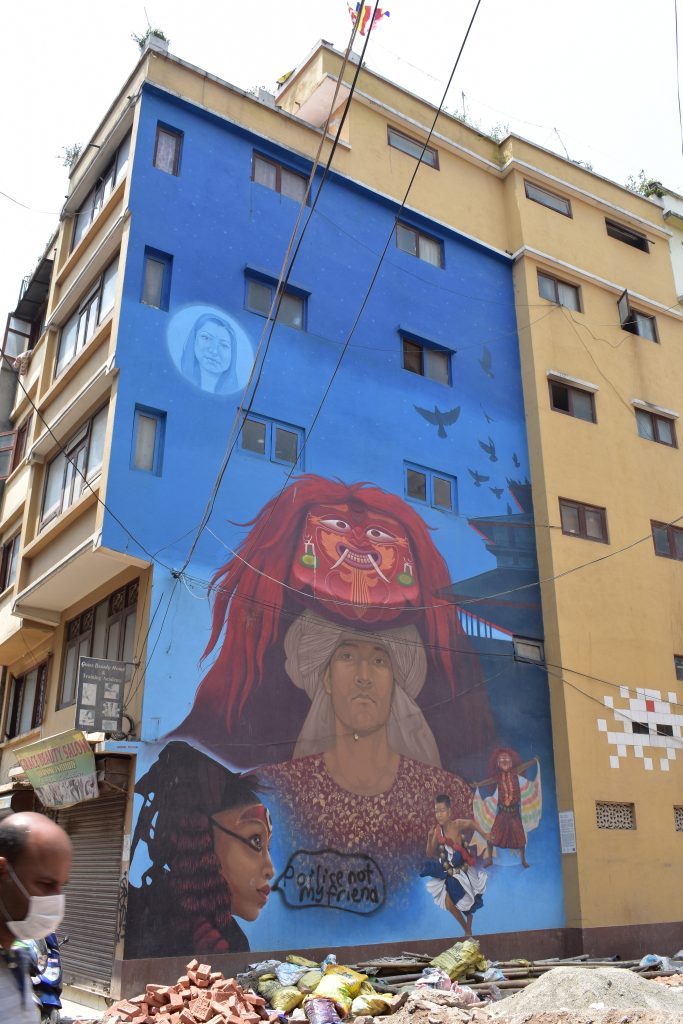 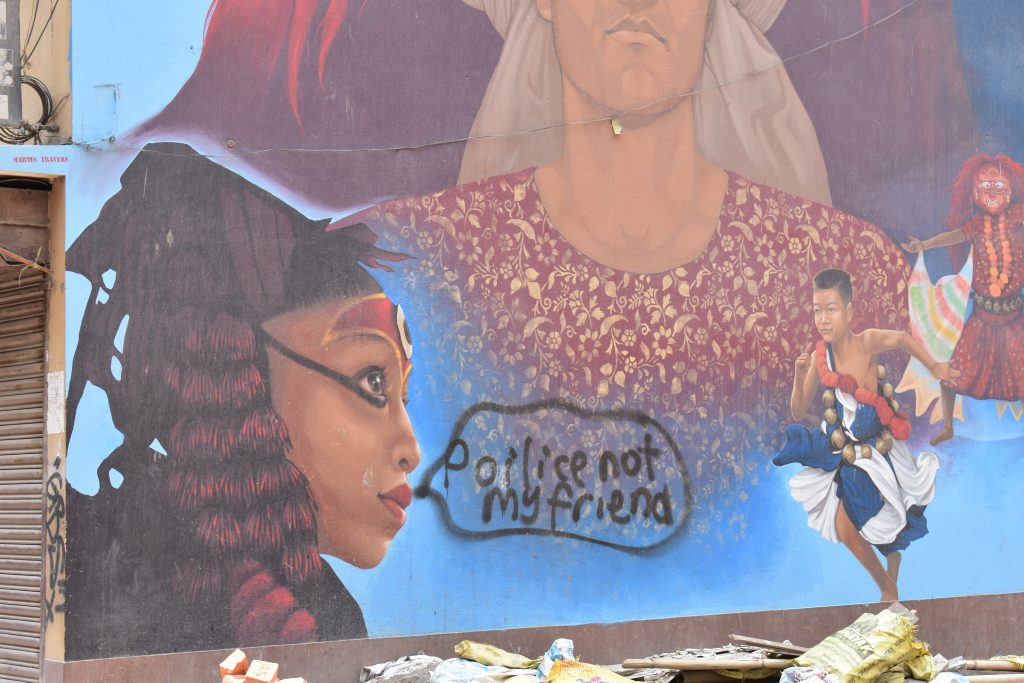 Detail of bottom left hand corner of the above image, obviously added later by another party

Since joining ECS Nepal as editor in January of 2017, I’ve done a lot more writing for the magazine, rather too much to post it all here. When I have time, though, I’ll still be linking to work published – like the article below, one of my recent favourites.

About a favorite local soup, here

October 9th, 2016 in activities, music, What to do in Kathmandu

One of the advantages of living on the north side of town is that when the Japanese embassy puts out a banner advertising an upcoming event, I get to see it almost immediately. Earlier this year they  organized a jazz concert which I attended with friends. To be honest, I didn’t expect that much from a free event, but I was blown away by the talent and enthusiasm of the musicians. I’m thrilled that they’re hosting another event so soon — I’ve already got my passes!

Sadao Watanabe and his band will be playing on the 22nd & 23rd October at the Tribhuvan Army Officer’s Club in Tundikhel at 4 pm sharp. You can get free passes from the Japanese Embassy in Pani Pokhari. There’s a limited number of seats available, and when they’re gone they’re gone, so if you love great music and jazz in particular, get yours now.

Specifics on the musicians who will be playing can be found here, at the Japanese Embassy’s website.

On Wednesday I had the opportunity to interview Facundo Arana, an Argentinian singer and actor who summitted Everest this climbing season. It was a fascinating experience and he was a lovely person; if you’re interested you can read the interview here. 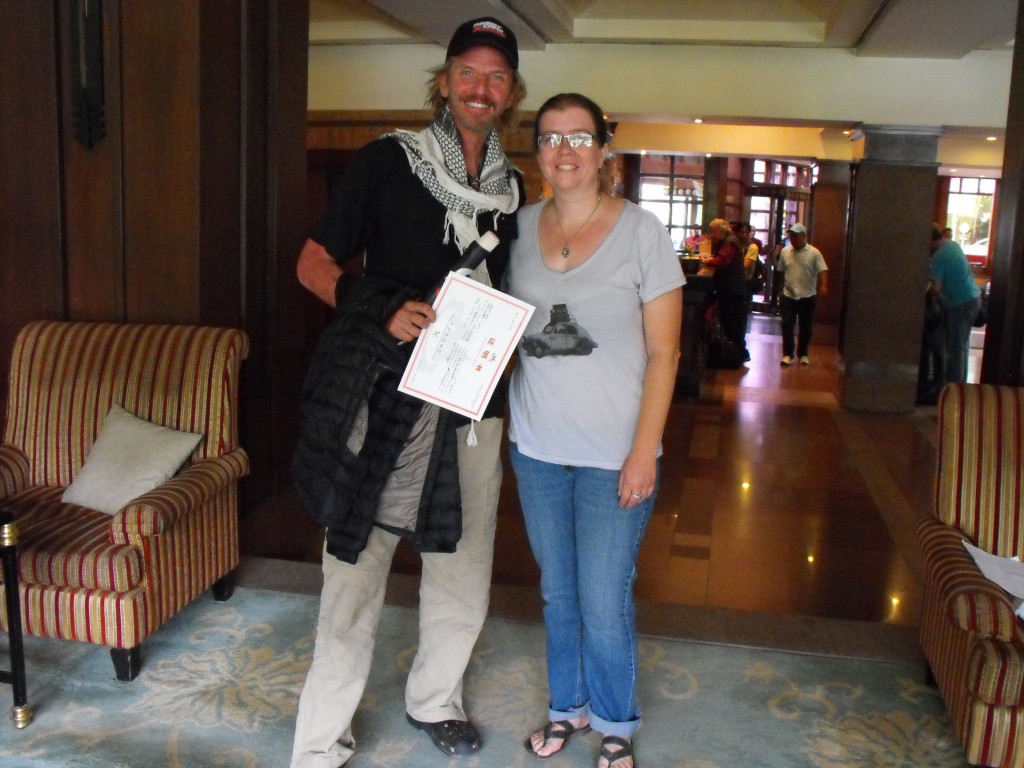 Leopard on the loose

Check out this article with amazing photographs of a leopard that wandered into a residential area in Kathmandu this morning.

Thankfully no one was hurt and the leopard was also safely tranquilized by personnel from the city zoo. It’s pretty amazing, though!

Last month I became a regular contributor to the english edition of a new Nepali news portal, OnlineKhabar.

It’s a really great site that features a lot of interesting articles from a local perspective, and they contacted me after seeing my work with ECS and Friday.

I’m really thrilled to be working with them — two of my pieces have already gone up – links are below – do let me know what you think!

Even with so many eateries to choose from, Kathmandu’s local fare (and momos!) still hold up

After the Nepal quake, caring, and food 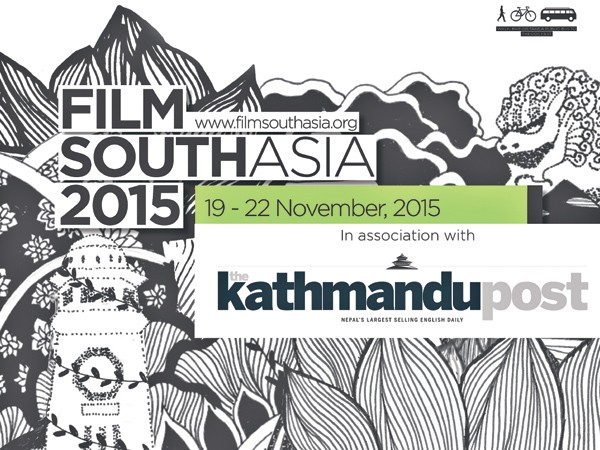 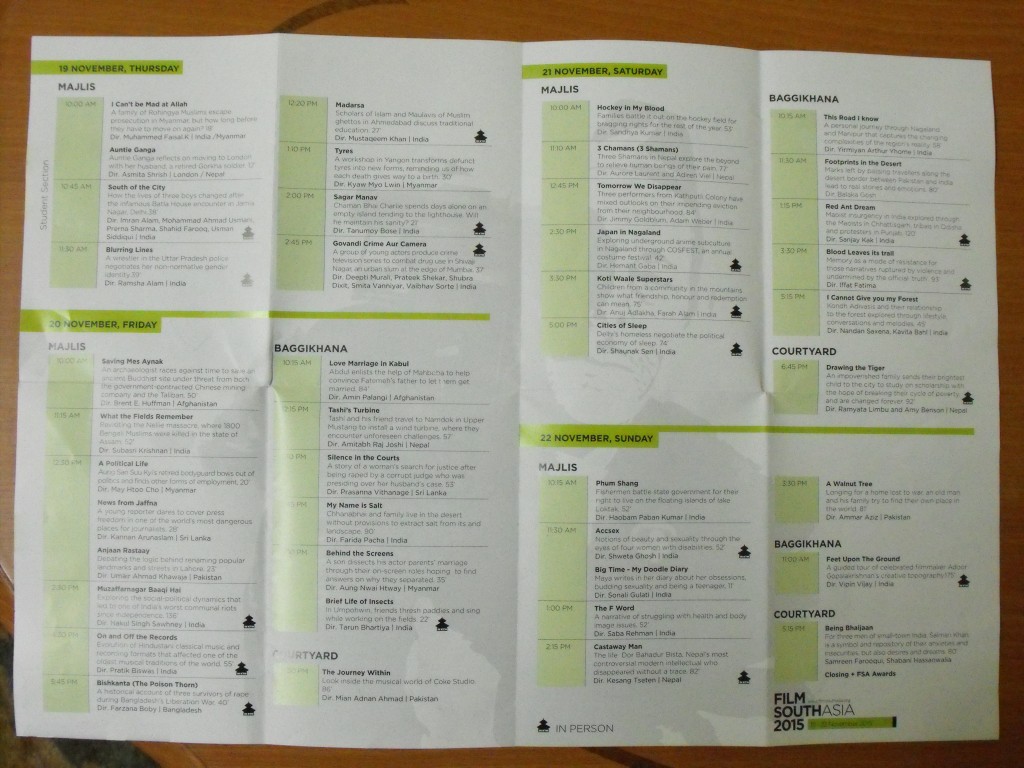 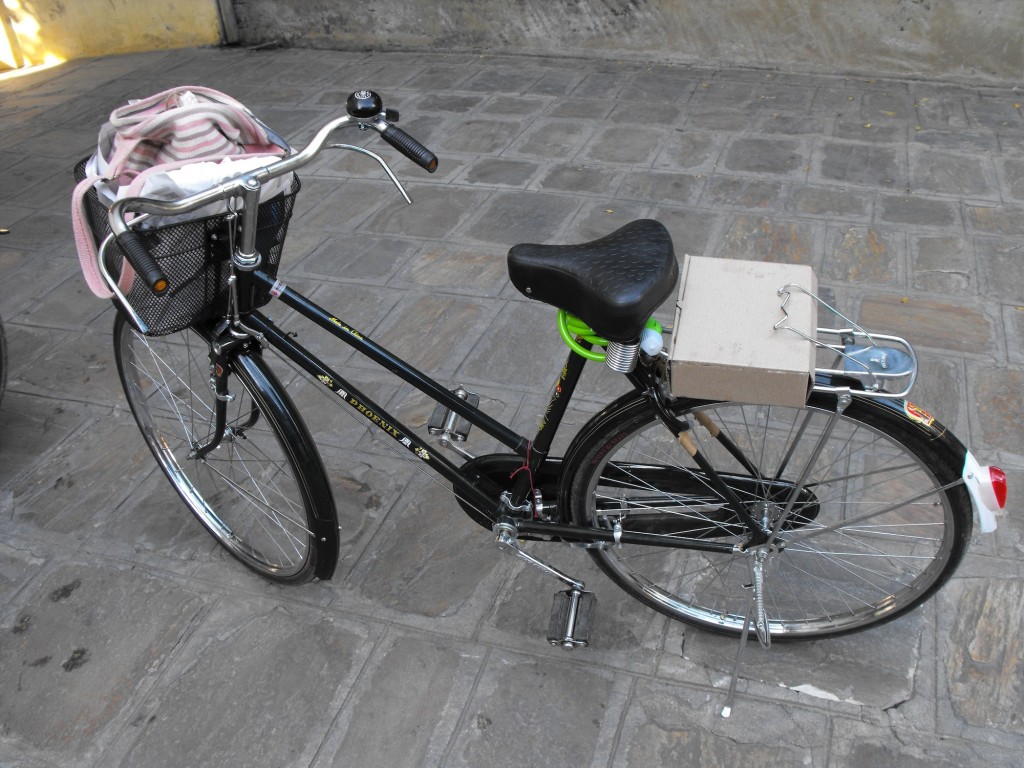 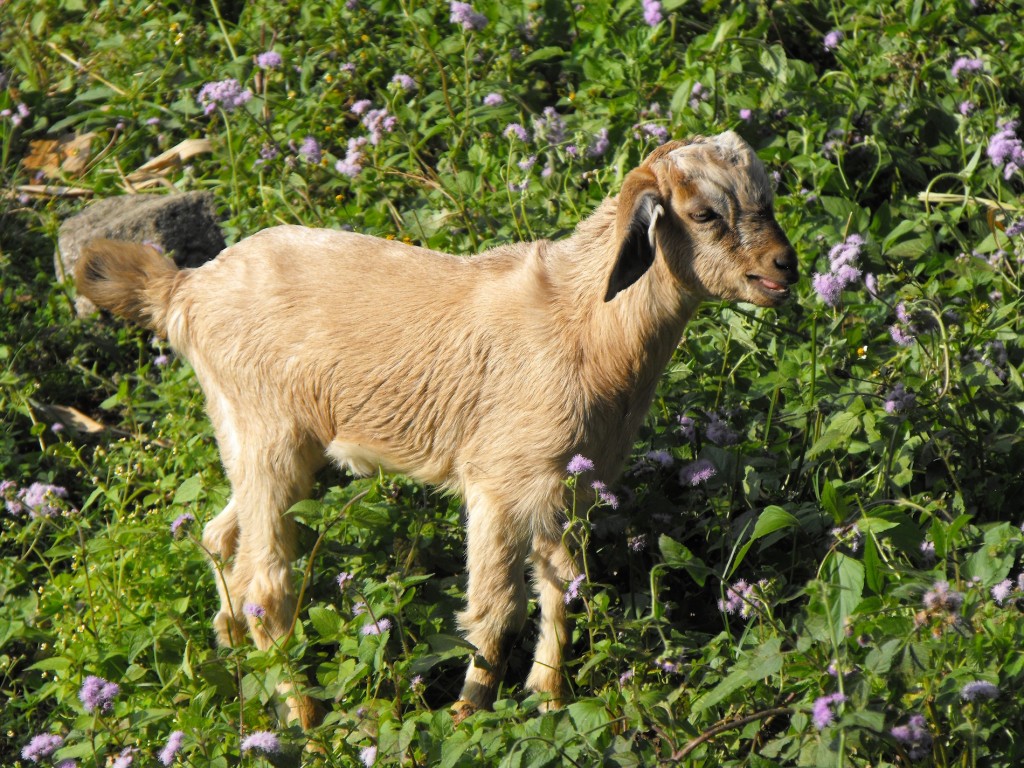 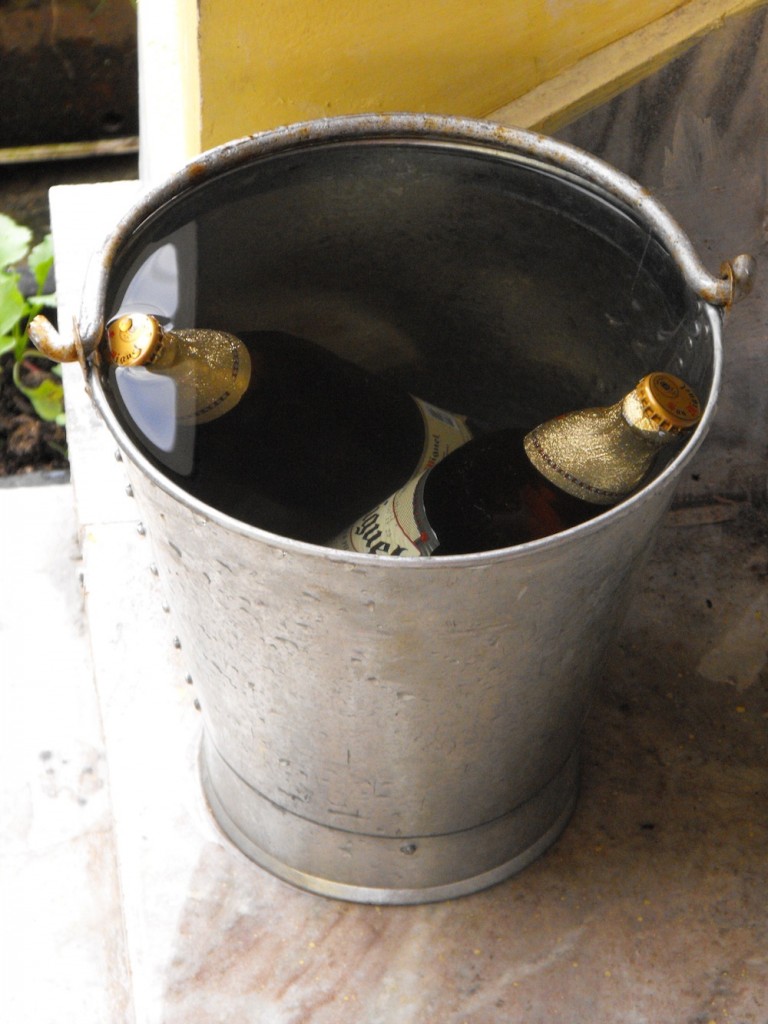 I’ve been having trouble sleeping lately, and it’s often 4 or 5 am with the sky just beginning to lighten when I can finally drop off. Yesterday I didn’t fall asleep until past 3, and later found out I’d slept soundly through a 5.5 tremor that happened at about 7:30 am.

Later in the day, I told a friend it worried me that I’d been able to sleep right through it. I might have been in danger.

A few seconds later it hit us: who could have imagine a month ago that we’d be sitting here calmly dismissing an earthquake that was 5.5 on the Richter scale?

As another friend of mine so aptly put it, this is our “new normal.”